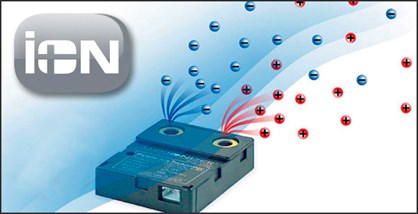 Sterionizer™ in Qlima's mobile air conditioners offer an innovative solution that spreads a optimum combination of negative - and positive ions through the room. Together, these ions form clusters that can neutralize viruses, bacteria, dust mite and fungi.

This improves the air quality and proves to be comfortable, especially for people with certain allergies.

Allergens in the air may cause an allergic reaction. Avoiding allergens, however, is easier said than done. Therefore, people have been searching for a long time for something that neutralizes allergens. Several studies have shown that air filtration systems and negatively ionized air may help to reduce allergic symptoms. The atmospheric air contains about 1000 - 4000 negative ions and 1200 - 5000 positive ions per cm³ (depending on the environment). The air inside is de-ionized in the absence of an ionizing source.

Regular airconditioners generate air free of ions. Research proved that the absence of positive and negative ions has a high impact on human health. It concluded that this de-ionized air causes headaches, irritability, drowsiness and fatigue.

What does the Sterionizer do?

The Sterionizer™ system distributes positive hydrogen and negative oxygen ions. These are called 'cluster ions' and embrace viruses, bacteria, fungi and dust mites. The system removes or neutralizes unhealthy air particles and microorganisms. Research shows that the use of air filtration in combination with an good balance between positive and negative ions reduces respiratory allergies, headache, drowsiness, irritability and fatigue.